GET YOUR DEMOLITION PROJECT ESTIMATE TODAY

Understanding the Mechanics of Demolition Services 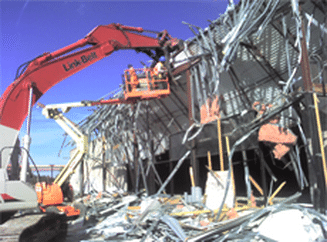 Demolishing a building is no joke. To a passerby, it’s a show of chaos and destruction that is downright terrifying. But demolition, when executed properly, isn’t as chaotic and scary as it seems. This process of bringing a building down is actually a well-orchestrated one with many pre-planning and physics involved. So how does it happen? Let’s find out.

With that said, it’s now established that reputable and professional demolition specialists will know how to take a building down safely. This means they are also likely to know how to properly and safely execute a commercial or industrial construction project.  While this job is for an entirely different class of workers, tips like those below from a reputable demolition company can actually be pretty helpful!

The Basics of Demolition

Essentially, the idea behind demolishing a building is this: removing the support structure of the building will make all of what is above it come crashing down. The upper part of the building above the structure that is first demolished will subsequently fall on the lower part if it’s heavy enough. This will lead to a cycle of the upper sections falling over the lower ones one by one until the ground is reached.

To do this, demolition companies make use of explosives and blasting. It may be hard to believe but explosive demolition is actually the safe way to reduce a building to rubble especially when we’re dealing with a giant skyscraper. But the explosions just help to trigger or initiate the demolition process; it’s actually gravity that does the rest of the job.

Demolition companies will plant detonators and explosives in different sections of the building so that the building collapses entirely with gravity into a pile of rubble. This also makes the cleaning part sufficiently easier for the cleaning crews.

Planning Out The Demolition Project

The blaster crew will always begin the blasts and explosions after a thorough in-depth panning session has been done. The planning phase is preceded by first obtaining an architectural layout or preferably a blueprint of the building that is meant to be demolished. The demolition company will then decide how to proceed with the demolition using the map of the building. They will note down all the support structures present in the building and construct a raw data that will be later on used to plant the explosives.
​
Demolition companies will also decide on the type of explosives and blasts they need to use for the type of building they are dealing with. There’s more than just one kind so it’s important that they use their expertise to decide which one will work best in their project.

They will also decide exactly where to place the blasts. This part requires superior skill and physics. The location of the explosives is critical in determining how and where the building will fall so this is the part that requires the greatest attention. Some companies will choose to develop 3D computer models of the building so that they can use science to illustrate exactly how the building will fall. 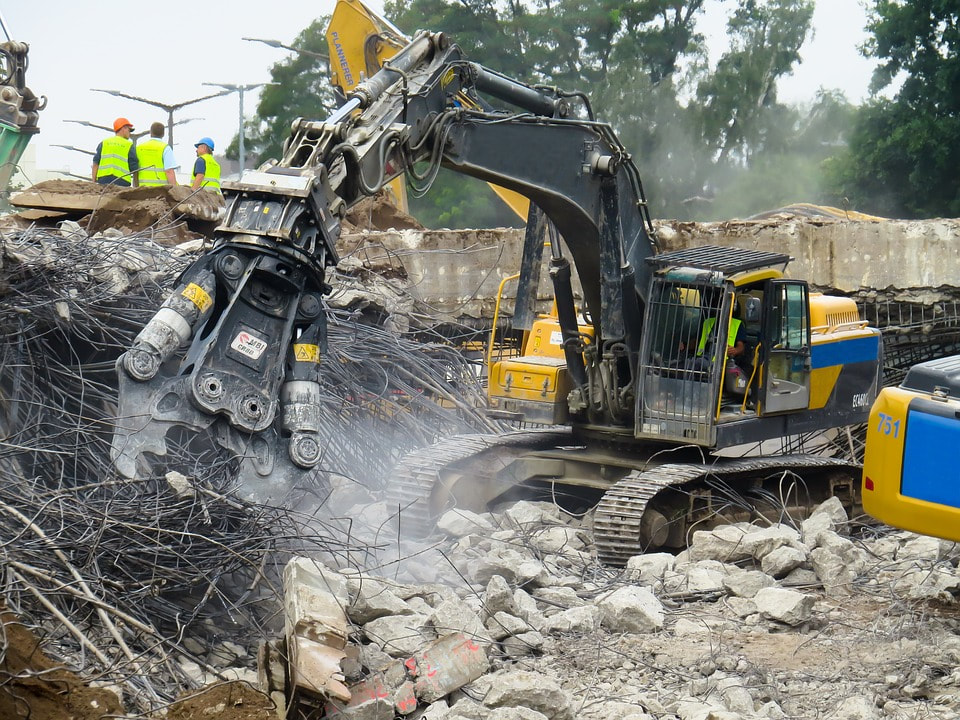 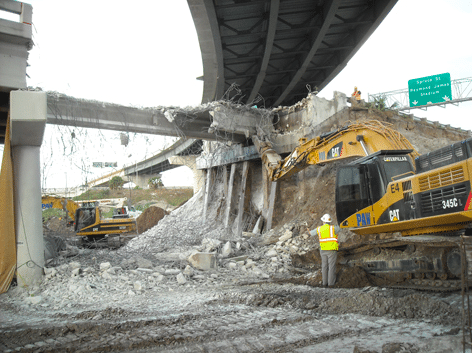 Controlling the Direction of the Falling Building

​When a building is blasted to rubble, there’s always a certain direction it will fall. Determining which way it will be is a crucial part in the demolition process. Ideally, the structure should fall in an open area around it or in a parking lot but those situations don’t always happen.

The direction of the fall works in this way: the place where you initially place and blast the explosives in the way the structure will collapse. This means that if you explode the building from the west side of it, it will fall to the west side as well. Some demolition companies will secure steel cables to add for support so that the building falls in a certain direction.

But what if you don’t want the building to explode and fall in a particular direction? What if there are surrounding structures that you need to preserve? There’s only one solution to that: implosion.

How is an Implosion Carried Out? 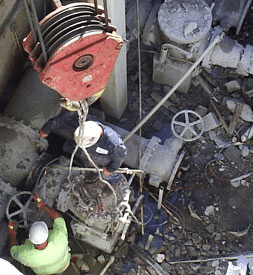 When imploding a building, The blaster crew sees the building to be demolished as a collection of individual towers. Each tower or support structure will fall to the center of the building when a round of explosions is blasted. The key here is exploding the towers in the appropriate order so that the rubble all collects in the center instead of falling in a certain direction.

Alternatively, the demolition crew could choose to explode the central columns of the building so that the other columns follow and fall inwards instead of a certain way.

The Details of Demolition

​Every structure that needs to be demolished is unique. This means that the approach to its demolition must also be personalized. But overall, the gist of a demolition process is the same. The blaster crew will initiate the demolition by proceeding with detonating the lower columns first and then the upper floors. Bear in mind that in this case we’re taking a tall, multi-floored skyscraper as an example. Buildings with less than five stories can also be safely and effectively demolished using a wrecking ball.

The support structures are always targeted first by the demolition crew. This makes the structures weak enough so that the lower floors can collapse the building. On the other hand, loading columns on the floors on a higher level will also help demolish the building in smaller pieces until it is all reduced to rubble.

A well-executed and properly timed demolition will also make it easier for the cleaning crew to clean up the aftermath of a collapsed building.

In short, demolition is a process that requires a blend of math and physics, coupled with the experiences of choosing the right explosives and determining the way the building will fall whether it is in a certain direction or down into its footprint through the process of implosion.

Looking for a professional and affordable demo company in the Tampa area for a commercial or industrial demolition project?  Look no further than PAW Demolition.